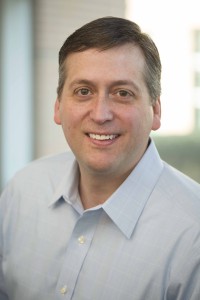 I am currently the Managing Partner of Tech Square Ventures, a seed and early stage venture fund based in Technology Square in Atlanta.

Prior to founding Tech Square Ventures, I was General Manager and an EIR (Entrepreneur in Residence) with the Advanced Technology Development Center (ATDC) at Georgia Tech – recently named by Forbes as one of the “Top 12 Incubators Changing the World”.  At ATDC I was fortunate enough to spend my time working with the brightest entrepreneurs and best technology start-ups in Georgia.

Previously I was President and COO of Interactive Advisory Software, CEO of iKobo, and EVP of iXL where I oversaw our international operations after running the Boston office.  I was a member of the management team of three other start-ups including founding one of the first ASP content management offerings.  I started my career as an Associate at SEI Corporation.  I serve as Chairman of  Venture Atlanta, Pointivo, and Pretel and on the boards of UserIQ, Digital Vision Systems, the Atlanta CEO Council, Georgia Advanced Technology Adventures, ATDC Advisory Board, and I serve on the NCSU Chancellor’s Innovation Fund Investment Committee and as a GRA (Georgia Research Alliance) Industry Fellow.

“I’m a Rambling Wreck from Georgia Tech”, where I received an Industrial and Systems Engineering degree and was Captain of the swim team.  I previously served on the Georgia Tech Advisory Board and was inducted into the Georgia Tech College of Engineering’s Council of Outstanding Young Engineering Alumni in 2000.  On Saturdays in the fall, you’ll find me at Bobby Dodd Stadium cheering for the Yellow Jackets.

I was raised in North Carolina and now live in Atlanta with my wife Stephanie and two amazing children.

You can contact me by email at blake at techsquareventures.com