Here’s a more detailed view of the data used in my Priming The Pump post.  All data was obtained from the PWC MoneyTree Report website (any errors in analysis are mine).

The PriceWaterhouseCoopers MoneyTree Report allows you to break down investments by year, region, state, industry, stage (seed, early, expansion, or late), and funding round.  I looked at seed and early stage company funding data from the report from years 2005 to 2011 (through Q3) to compare Georgia to other tech hot spots.  I focused the comparison to North Carolina, Texas, New York, and Boston.  I compared Startup / Seed stage and Early stage investments by amount and number of deals.  I did not break it down by industry – although that likely would account for some of the differences.  I also looked at 1st funding rounds, but the conclusions were similar so I did not include them here.

It is also important to note that while this is the best source of data I know of, the report doesn’t capture every deal and doesn’t seem to include angel funding.  It seemed to include 2 of the 3 local venture firms I specifically looked up.  Therefore, the numbers are clearly inaccurate.  However, the same issue exists for all regions so I’ll use this as ‘directionally correct’ rather than exact. 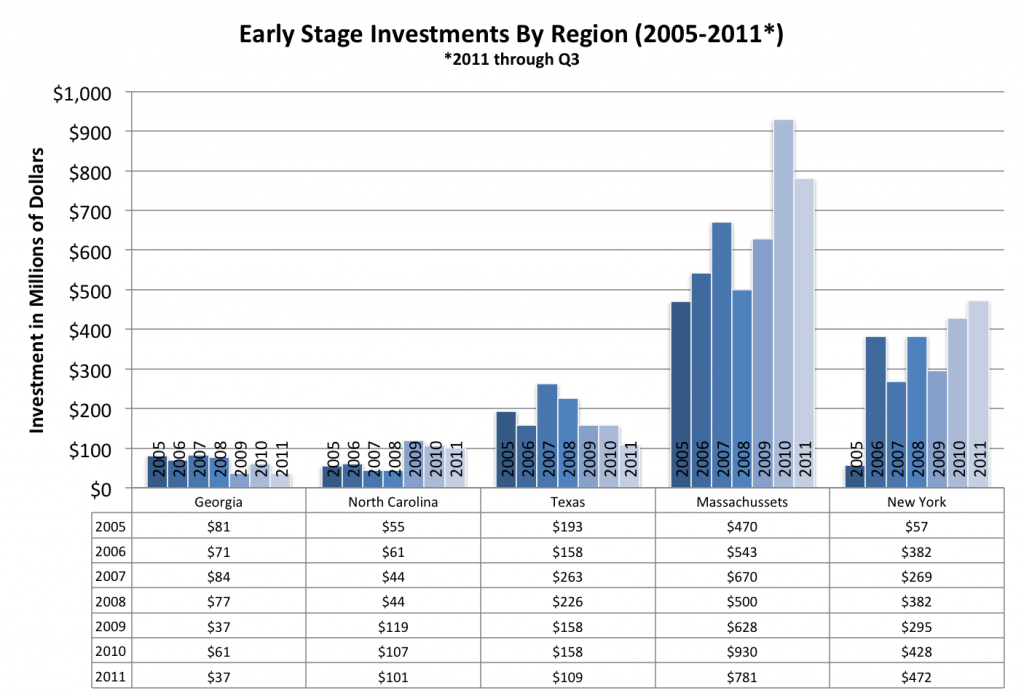 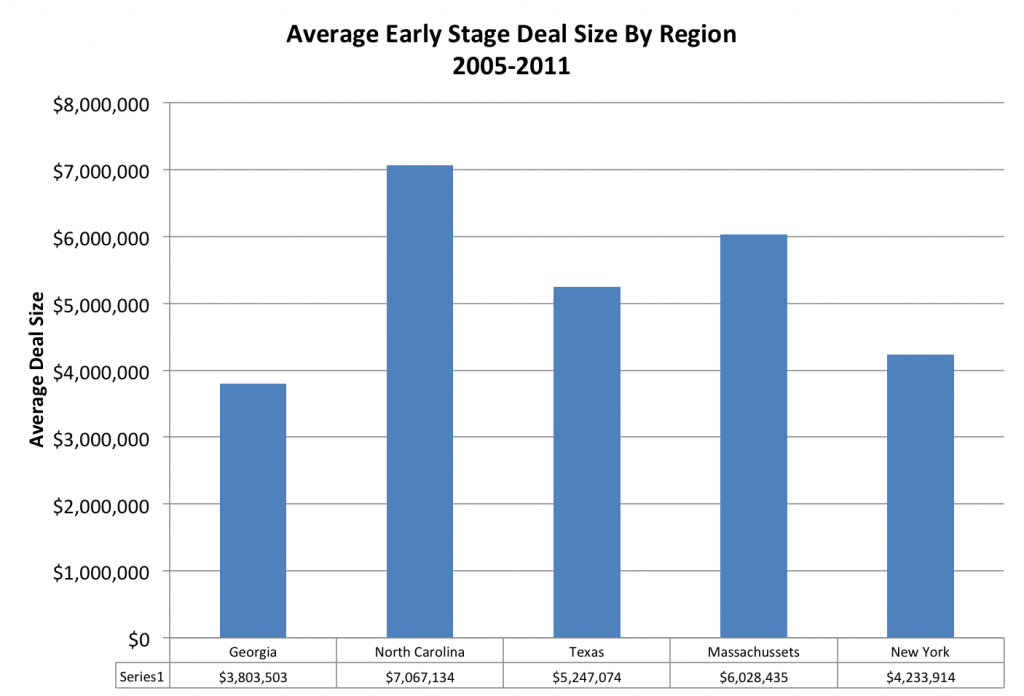 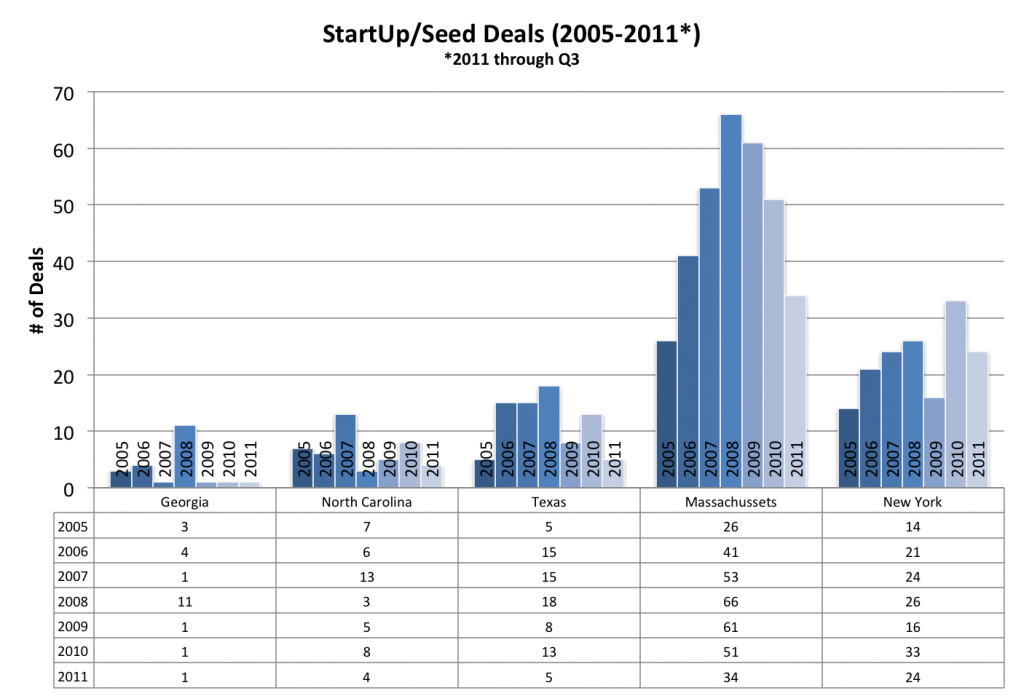 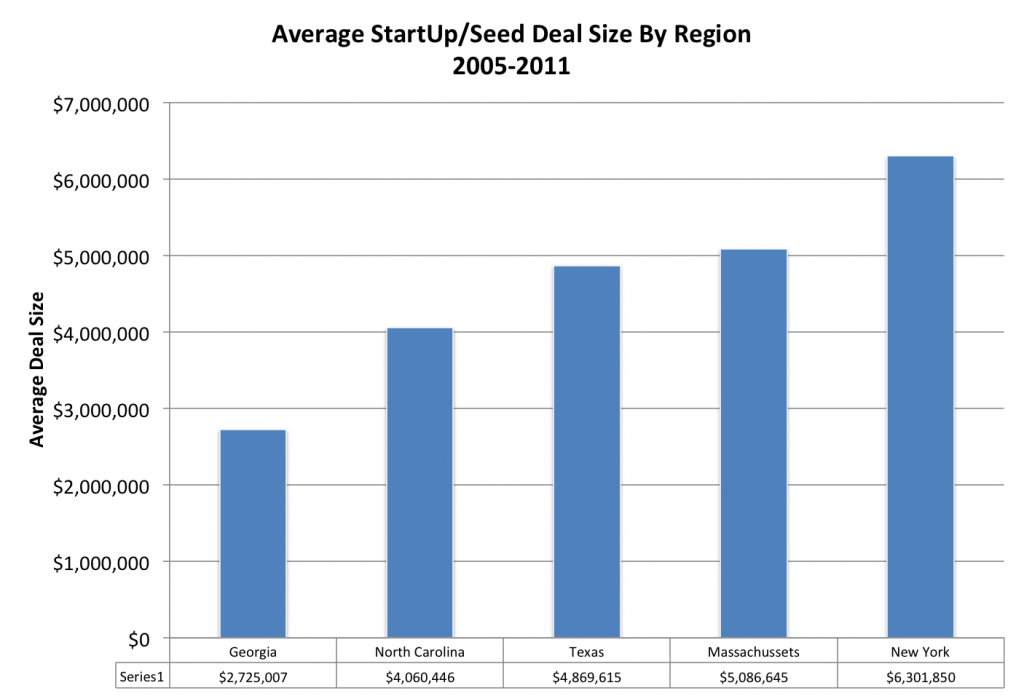 One Response to “PWC MoneyTree Data”